Hosting a multilingual meeting can be very challenging. The traditional process of translating languages in a multilingual setting requires a human interpreter to bridge language gaps. This is a time-consuming, expensive process. But it doesn’t have to be. Instead, simultaneous interpretation software can make your video conference or webinar a seamless process that engages your audiences, no matter what language they speak.

Today, business is dominated by global economic and commercial activity. Business is both local and global, and communication between nation-states has continued to increase at a rapid pace. New partnerships are forming all the time that seek to cross geographic boundaries, time zones, and cultures. Our brands are now multicultural and omni-channeled around the globe.

The one thing that binds all of these disparate organizations, countries, and teams together is the ability to communicate across languages. Technology has improved the way we perform these communication services.

Older versions of remote simultaneous interpretation software would convert speech to text and then translate it to the targeted language. Today, the translation happens much faster, as the software identifies a word, the language itself, and what is being said. These tools use some of the sophisticated algorithms you’ll find in your home with Alexa or Siri, which allow the software to interact with human speech in very human-like ways. Machine learning has allowed the software to improve these functions over time.

There are many types of online automated computerized translation services these days. The technology has improved rapidly with the use of artificial intelligence tools to improve how the software works. New features allow real-time translation to occur between two people talking in two different languages. These tools have become so sophisticated, one company described them in this way:

Today, translation tools hear the words being spoken by examining the waveforms of the sound, classifying those portions of the speech that are linked with its translations. The tool then proceeds to translate the speech into what it finds common in the target language.

Some of the advances we’re seeing these days include:

·         Microsoft is adding real-time translation inside their video conferencing tools.

·         Google’s Pixel Buds are earbuds that work with Android devices, which can translate up to 40 different languages.

Simultaneous interpretation software allows translation from the source language to the target language in real-time. Many of these services are in the cloud, and they work well with video conferencing solutions to facilitate remote communication between parties.

Traditional consecutive interpreting requires a human translator to listen to a communication and then manually translate it into the targeted or preferred language for the end user. However, to do this in close to real-time translation requires extremely skilled, highly paid professionals, such as those found at the United Nations. Technology-driven simultaneous interpretation eliminates gaps between communication and comprehension, allowing for a much more seamless video conferencing experience. These tools are becoming faster, smarter, and more widely used in video conferencing than ever before.

There are several benefits of conference interpretation software over traditional human interactions during a video conference or remote online event. They include:

·         Lowered costs over traditional interpreting, sometimes by as much as 50%, without compromising much, if any, quality of the service.

·         Immediate access to conference interpretation services with on-demand software. You never know when an impromptu meeting will require participation from your multicultural team. Why delay the meeting because you’re scheduling an interpreter?

·         Avoiding travel costs for an onsite interpreter. This means interpretation software is more environmentally friendly, as well as cost-effective, when compared to the traditional approach to interpretation.

When Can You Use Simultaneous Interpretation Software?

You can benefit from interpretation software no matter the type of online event you put on. For example:

·         Large virtual video conferences eliminate the need to travel to a remote location. This has a huge benefit for organizations seeking a wider audience who are not restricted by the cost of physical travel. Many of these events can reach across the globe, bringing in speakers and attendees from all over the world. The problem is always language. On-site events require interpreters to travel and be available to offer their services at the event. But remote simultaneous interpretation software eliminates this need completely. This saves time and money and improves convenience.

·         Online panel discussions are perfect for simultaneous interpretation software. Translation traditionally in these settings changes the dynamic of the event, allowing for a pause by humans to perform their translation tasks. Simultaneous translation has no limit on the number of languages and can improve the user flow between participants.

·         Online meetings allow companies to benefit from the best talent—no matter where they are. Having a global workforce is increasingly a competitive advantage for companies dealing with highly competitive markets. With remote simultaneous interpretation software, your teams will communicate clearly and effectively across the miles.

The point is that these tools allow organizations the ability to extend their reach. As far as the technology goes, simultaneous interpretation software is really just getting started. Translation has served an important role for many companies in the past. But the future of translation doesn’t rest in human hands. Instead, the technology itself will continue to improve so that these processes will improve, both for speed and accuracy during the translation process.

MegaMeeting makes use of simultaneous interpretation software in our sophisticated video conferencing solutions. Talk with our team today to find out how we can help your business communicate more effectively. 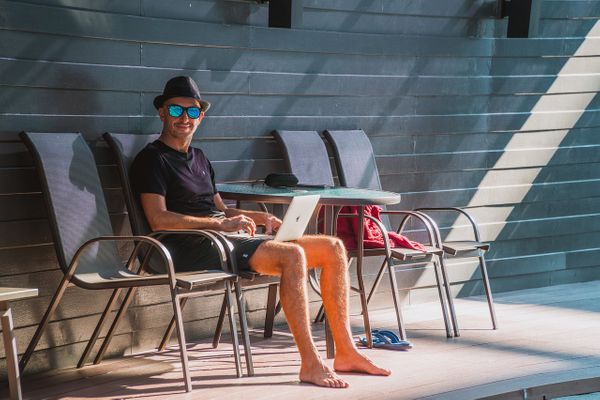 As a tool, online video conferencing has become a great facilitator for increased productivity and collaboration. We use it, we like it—and that’s why it’s here to stay. 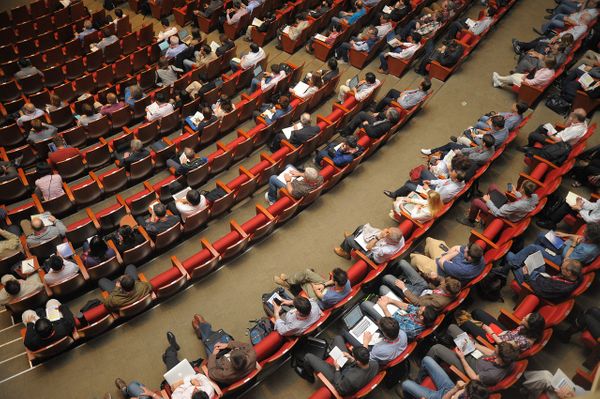 It’s really easy to check out during a digital event – since attendees are already on a digital device, there’s nothing stopping them from getting bored, tabbing out, and watching cat videos on YouTube instead.

MegaMeeting
—
How Does Remote Simultaneous Interpretation Software Work?
Share this