Since the beginning of the COVID-19 pandemic, many analysts have speculated that the shift to remote working – not just in the USA, but around the world – will give rise to a “new normal” in which the majority of workers will do their jobs from home. Much of this speculation has been focused on the benefits of remote work across a broad swath of the working world, including specific professional industries like law and medicine.

Little attention has been paid, though, to the broader effects of this shift on the way we will work, live, and play after the pandemic. In this article, we’ll seek to address that shortcoming by looking at just one aspect of how remote working will change our world: the way it will transform our cities.

As we start to think about the way that widespread remote work will affect our cities, we immediately come across a slightly strange fact – that, to a large extent, we are already living in this future. Many workers have been working entirely remotely since the early months of the COVID-19 crisis. Now close to a year later, a third of U.S. workers still work from home. For many, it has become completely normal to do so.

The early indications are that this state of affairs will continue. In survey after survey, managers and executives at the biggest firms have said that they will look to increase the number of employees who work remotely, and the amount they do so. A June survey by consulting firm PwC showed that 90% of executives expect most of their employees will work from home in the coming years, and a recent University of Chicago study found that 37% of jobs in the U.S. can be done entirely from home.

The reasons for this shift are many. One is simply that working from home can be more productive than working from the office – we noted this in our own work from home productivity guide, and the same PwC research mentioned above indicated that 44% of employers say workers have been more productive during remote work. A second reason is that most workers appear to enjoy working from home, and they are making this preference known to employers. It’s these changing priorities that will have the biggest effect in the years to come.

In order to understand how this shift to remote work will affect cities, we must understand that it is not a transformation that has occurred entirely out of the blue. In truth, we’ve been becoming more homebound, more reliant on delivery services, and have been working more from home, for a decade or more.

You don’t have to look far for evidence of this. The rise of Amazon from a discount book seller to the world’s most profitable company should be indication enough that most of us are happy to shop remotely if and when we can. Ditto the meteoric success of food delivery apps over the past few years, and in online exercise classes and apps. In other words, though the pandemic accelerated our move to remote working, shopping, eating, and leisure, this was a well-established trend long before COVID-19 arrived on the scene.

For this reason, some companies were well prepared for the pandemic, and didn’t flinch much when the lockdowns took effect. Delivery, logistics, and ecommerce companies saw their decade-long business projections come true in a year, for instance. But there were also some less obvious winners – the closure of bars saw the CBD industry soar across the nation, to the extent that the CBD market is projected to grow to nearly $2 billion by 2022, largely driven by delivery services.

These shifts are going to continue to impact the way that we shop, live, and work, but also on the environments that we have built to do that in – our cities.

Some of these changes will be immediate – we are all growing used to lower traffic flows, and will be reluctant to go back to normal. Others will take longer, but may have a deeper impact. Some of the most exciting work in this area comes from Andrii Parkhomenko of UCLA, who has recently developed a model to help understand what Los Angeles might look like if a third of employees worked from home long-term.

His conclusions are dramatic. In the model, we see many workers – especially those with families – move out to the suburbs and beyond in search of the largest houses for their budgets. As a consequence, house prices in the city center drop dramatically, and millennials move in, drawn by a resurgent live music and restaurant scene. Parkhomenko’s further work, described in a second study, predicts that this will happen across the country, rather than just within a single urban area. In this case, teleworkers would spread out from larger coastal cities to smaller interior cities, where their housing money would go further.

The renaissance of the American city

As with many aspects of history, it appears that one event – the pandemic, and the move to remote working that has accompanied it – is likely to have unexpected consequences on an area of our lives that is seemingly totally disconnected from it – the way we live in cities.

That’s not to say that these effects are unwelcome. Far from it. If these shifts come to pass, not only will this benefit younger, lower-income workers who have been pushed far into the suburbs by gentrification – it could lead to an almost complete reversal of the trend of the past decade, in which city centers have become increasingly homogenized and unaffordable.

In other words, the concern to build a strong culture in remote teams, initially focused on short-term business goals, could end up rejuvenating our cities. And if that’s not a reason to get used to remote working, I don’t know what is. 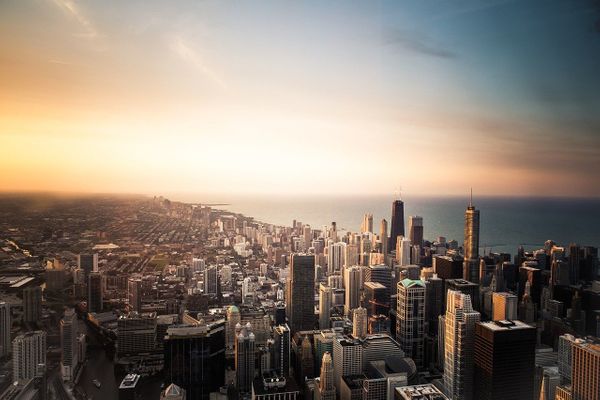 In this article, we’ll seek to address that shortcoming by looking at just one aspect of how remote working will change our world: the way it will transform our cities.

MegaMeeting
—
How Remote Working Can Transform Our Cities
Share this